A long distance training run is the perfect time to discuss training tips and experiences. Over the years, I’ve been given lots of advice, but every now and then you hear something that changes the way that you train for the better. 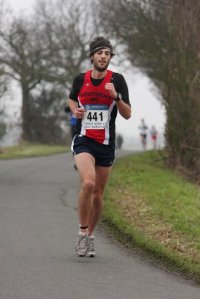 Much of the best advice was passed down to me by members of my local running club. When I first joined, I had previously just one running partner, wore the wrong trainers and hadn’t even heard of a Garmin. I had never competed in a race, favouring training and perhaps shying away from competition.

My first few races went ok. To begin, the Southend Half Marathon, which I completed in 1 hour 51 – not a great effort by my standards, but at the time I was over the moon. Though it was a race of two halves, the second much slower than the first, I had fallen to what is now my number one rule.

Constantly chasing the guy in front, thinking that I must be better than him and therefore should get ahead was great in the short term, but long term, I would be overtaken and subsequently end the race behind many of my conquests.

Which leads me to my one golden rule. Run your own race.

Most people train for weeks if not months for their first race. You know how your body works, and barring a blow out on race day, you’ll have a rough guide as to the kind of time you’re after. My advice is to keep that time in mind, break it down into miles and just try and hit those mile markers on time.

Above all, it’s easier to run your own race. Imagine you’re out there on your own and you won’t worry about where Joe Bloggs is in relation to you, after all, he may have been training for years more than you – so don’t worry, especially if it’s your first competition.

Of course, there’s a whole load of variables that can affect your finish time including the weather, water intake and your diet. But messing up your race by pacing yourself wrong is avoidable and you’ll never forgive yourself.

What’s the best piece of advice you’ve ever been given?

6 thoughts on “My Golden Rule For First Time Competitors”